Skip to content
Hi everyone,
My name is Jan-Tarek Butt. I am in my fourth term of computer science at Emden University in Lower Saxony (Germany). Some of you may know me from the last Google Summer of Code. I am one of the students who is participating for Freifunk in the Google Summer of Code 2017. In the following post I would like to introduce you to my Google Summer of Code project. I split up the project, same like last year, into 3 main subjects: web backend, gps-share, LEDE Package, 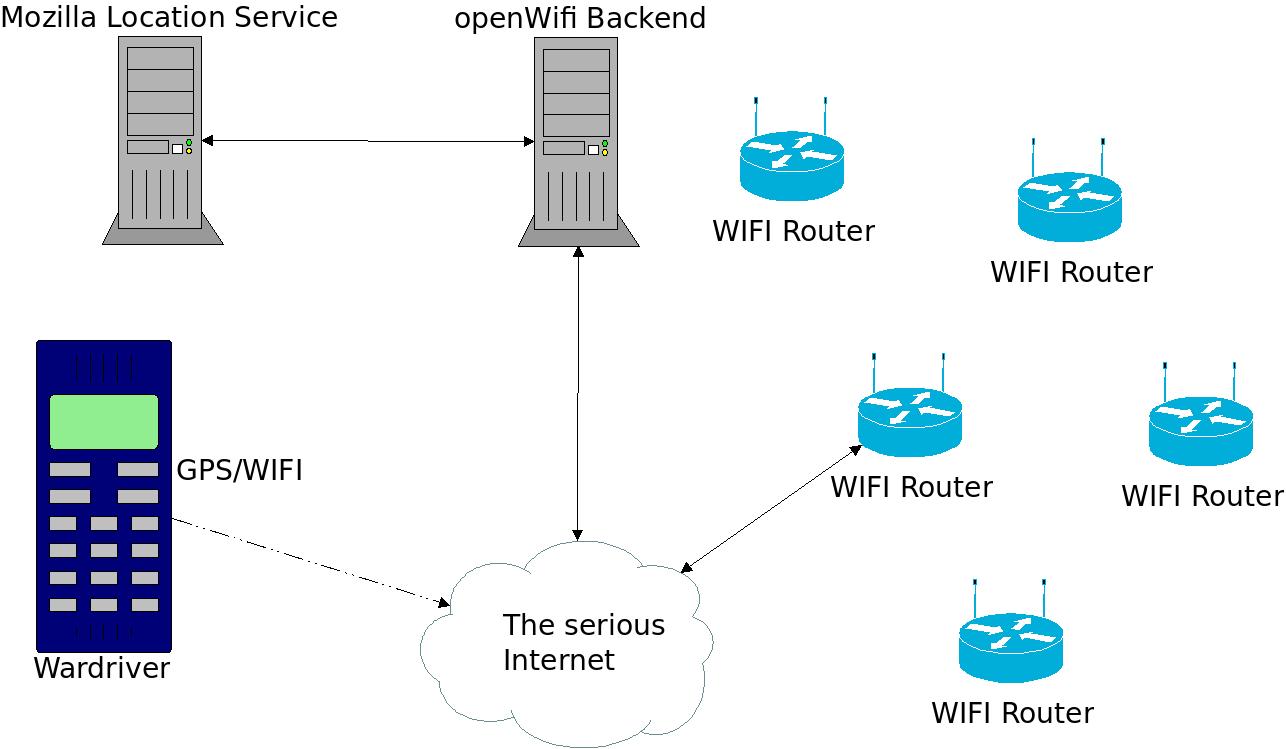 The first Idea was to create a software defined GPS as udev device which should provide NEMA-famata protocols over tty and receive the necessary informations over wifi. While discussing with people on the Mozilla Location Service Malinglist, it turns out that something similiar is already done in geoclue which provides geo coordiantes over dbus and can receive coordinates via Mozilla Location Service. geoclue works with network-NEMA and Mozilla Location Service. Over network-NEMA geoclue can receive GPS informations from Mobilephones and GPS modems working over local networks. To avoid of developing redundant software, i discussed with Zeeshan, the maintainer of geoclue, about building support in gps-share for standalone GPS instead [3]. This is a software which should provide GPS NEMA-Format from GPS hardware over network-NEMA for geoclue. gps-share is written in Rust for ensuring reliability.

The third subproject is a new lede package called geolocator, which should provided geo positions received by their surrounded WIFIs. The WiFi informations should be sent to the new above mentioned backend[4].
cheers
Jan-Tarek Butt
[0] https://github.com/openwifi-su/sgps-core
[1] https://sourceforge.net/p/libwlocate/code/ci/master/tree/master/
[2] https://location.services.mozilla.com/
[3] https://github.com/zeenix/gps-share
[4] https://git.nordwest.freifunk.net/ffnw-firmware/packages