This is my final update for GsoC.

In this blogpost I would like to summary all the work I have done in the last 3 months, as well as available problems and future plan.

An introduction, my progress and further information can be found under [0] [1] [2]

The new app is compatible to the old app on all basic functionalities [3]. Beside that the code is validated after google check style, contains a full java doc, clear interfaces and the app performance is partly improved. 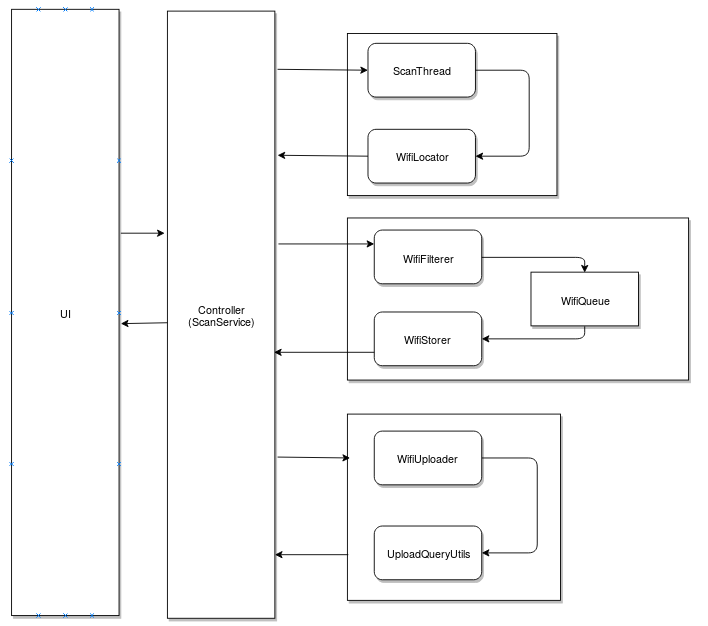 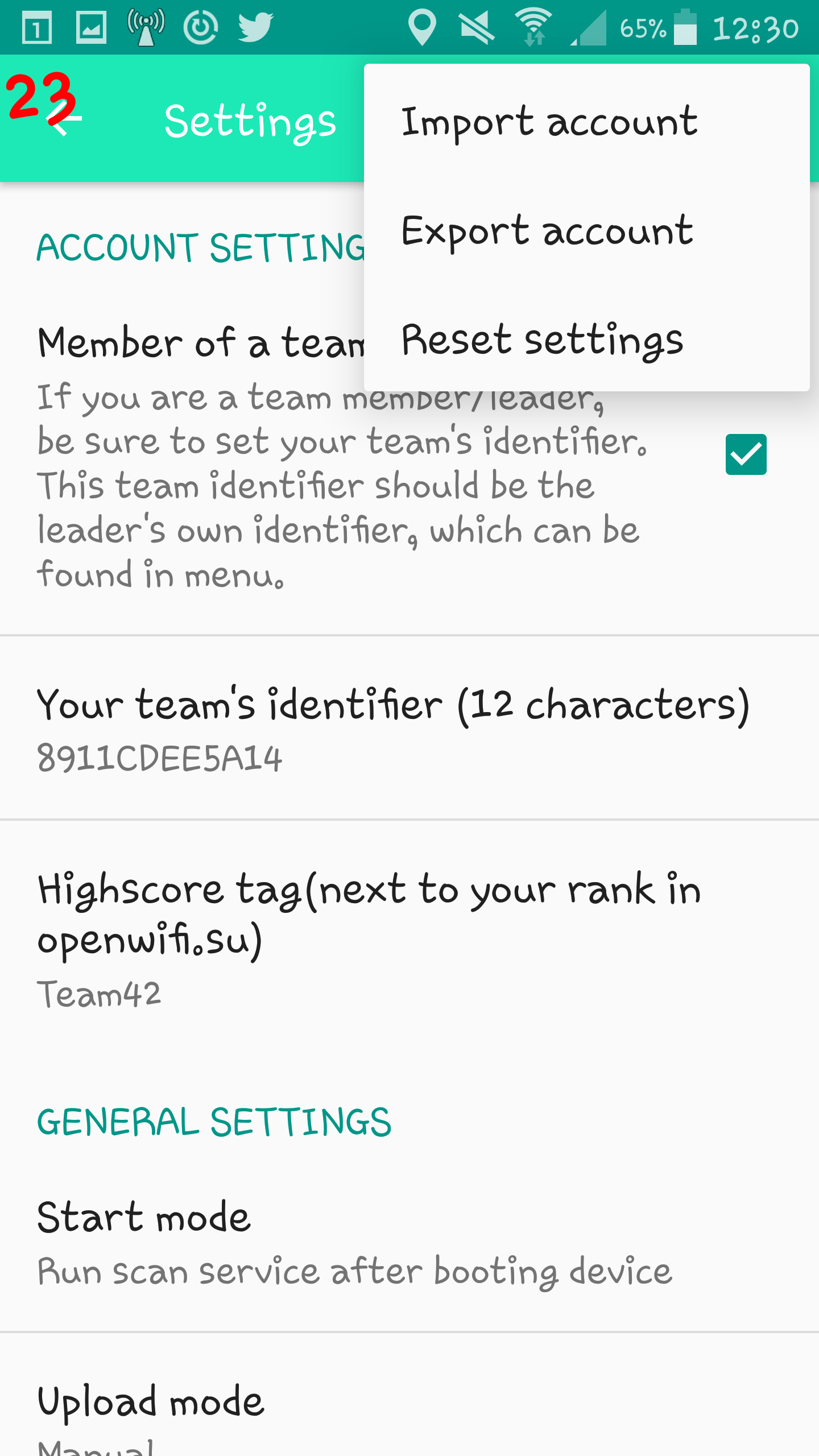 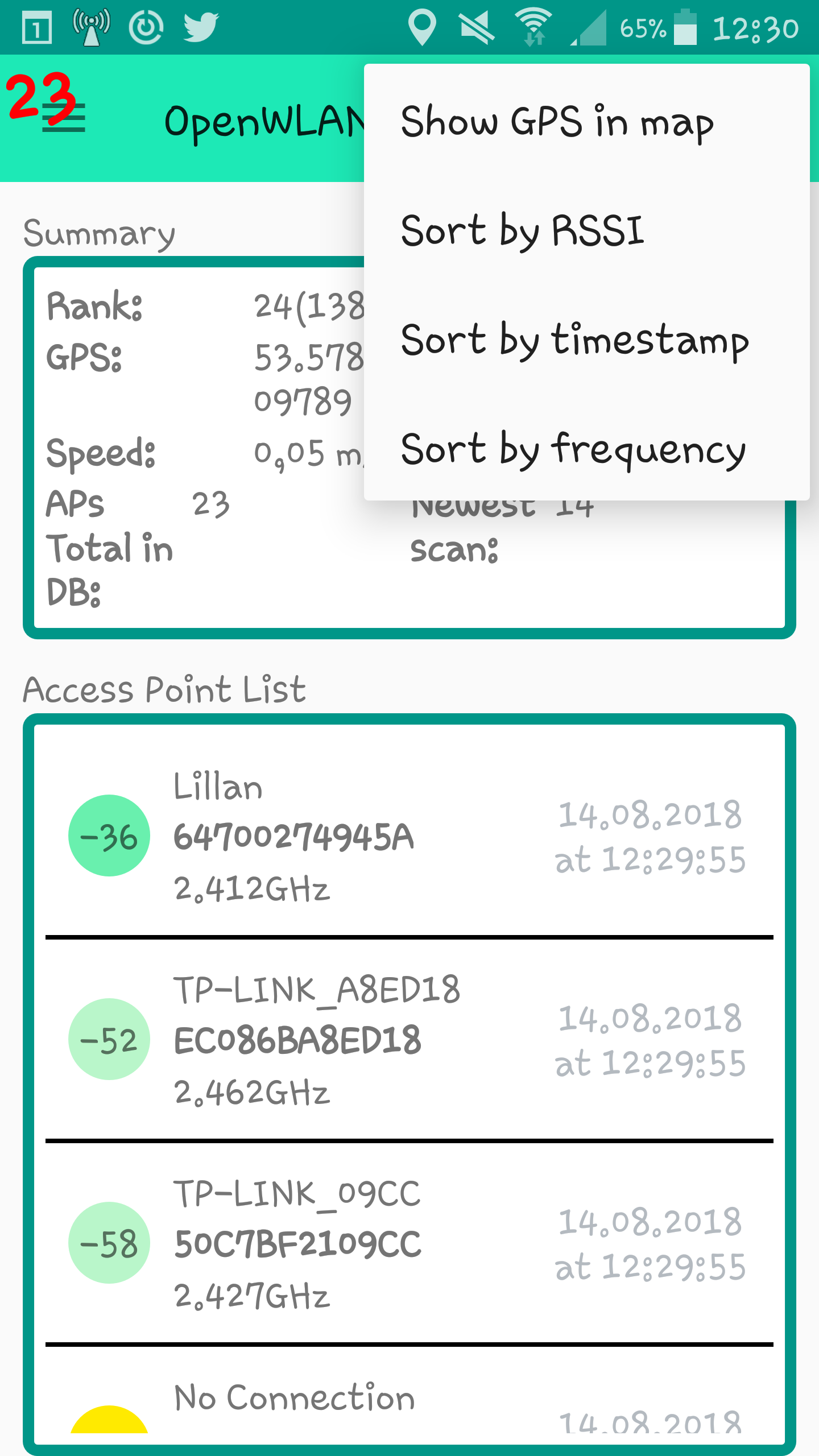 I learned a lot about android developemnt.

In the last weeks I was working on  the storing process as described in the architecture in the last blog post [0].

New app: Firstly I wanted to adapt the structure from the old app. But since I saw some unreasonable points such as saving redundant data, flash workload, maintenance problem and unstructured storage, I decided for a standard database with more structure and easy to maintain: sqlite. Also I am using the new persistence lib, which provides an abstract layer for database: Room, newly released last year, as a part of android architecture components, with a lot of bug fixed since then. A lib with a lot of advantage when working with sqlite database: verify queries at compile time, reduce a lot of duplicate code in comparison with the last approach with DbHelper etc. In order to store the access point in the database, I implemented a seperate thread, which reads data from a blocking queue and saves it in the database, which works parallel with the scan thread and will be interrupted if there is nothing in the queue to store. Also to save energy and not force the store thread to run the whole time, a list of access points will be put into the blocking queue as an element. To pretend redundant data in storage, a data entry with BSSID will not be saved many times as in the old app but only once. The BSSID is used as primary key in the sqlite table. It will be updated the next time if the received signal strength is better than the last entry in the database. An explicit transaction is implemented to solve this case since the lib Room has only supported annotation for standard update/insert. To decide if a access point should be deleted or updated from backend, a flag is set.

The WifiUploader is in process. I did take a look at the uploading format in the old app and how it communicates with the current backend. Also the upload sequence is already defined, mean the scanning thread will be interrupted, all the rest of access point will be stored, the store thread will be interrupted to pretend conflict while 2 threads try to access same database at the same time before the uploading process is started. Also the WifiUploader will read maximum a number of data entries from the database and upload it, not the whole database like old app but one after another,  in order to pretend out-of-memory problem at device with small ram. (see more in the below diagram)

But since I am in the middle of my final exam period, there will be a small delay until this weekend for the WifiUploader to be published. Also from next week I will spend full time making the other features done includes implementing all saving resource features such as adaptive scanning, implementing all settings option. A clean and full documentation will be provided at the end as well. 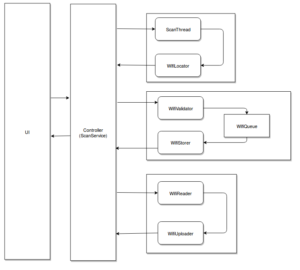 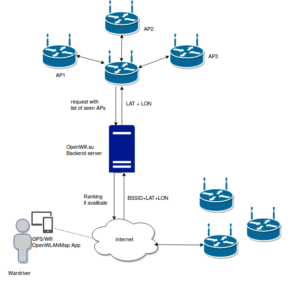